Red Pepper is one of the most exotic, good value for money and one of the best Indian food in Melbourne.

Reading through the review helps with ordering at Red Pepper. One of the dish is the Kadhai Paneer. Initially, I don't even knows what Kadhai Paneer is. But on the menu it had three chilli, and the waiter did warn us about the level of spiciness.

Essentially, Kadhai Paneer is red curry with feta cheese. The combination of creamy feta cheese and the level of spicy and others spices combine really nicely in this dish.

When serve, chicken biryani seems really authentic. That is to see the mixed rice dish with spices, rice and chicken. The type of rice use was the long-grained basmati rice, which is difference to the jasmine rice which I'm used to. Personally, the biryani was a bit too salty for me. However it serve with yogurt dressing, which helps to soften the dish. That is, the acidity, the tanginess of the yogurt dressing helps to gives the contrast to the high level of saltines and all the spices. Note, according to the menu chicken biryani only available on Thursday and Friday.

I didn't takes a picture of the goat and naan bread, but you can semi-see  it in the picture above. Similar to the biryani, the goat was a bit too salty for my liking. But when eat with the yoghurt from the biryani, it was divine. Other than the yoghurt, when eaten with the naan bread the mix was even better! To note, we actually ordered the garlic naan bread. But the waitress gave us plain naan bread. Yet the naan was SMASHING! In one bite, there was a good level of crunch to it, as well as the level of softness to it as well.
As most of the dishes were really strong in flavour, it was nice of Red Pepper to serve complimentary ( not really) salad with it. 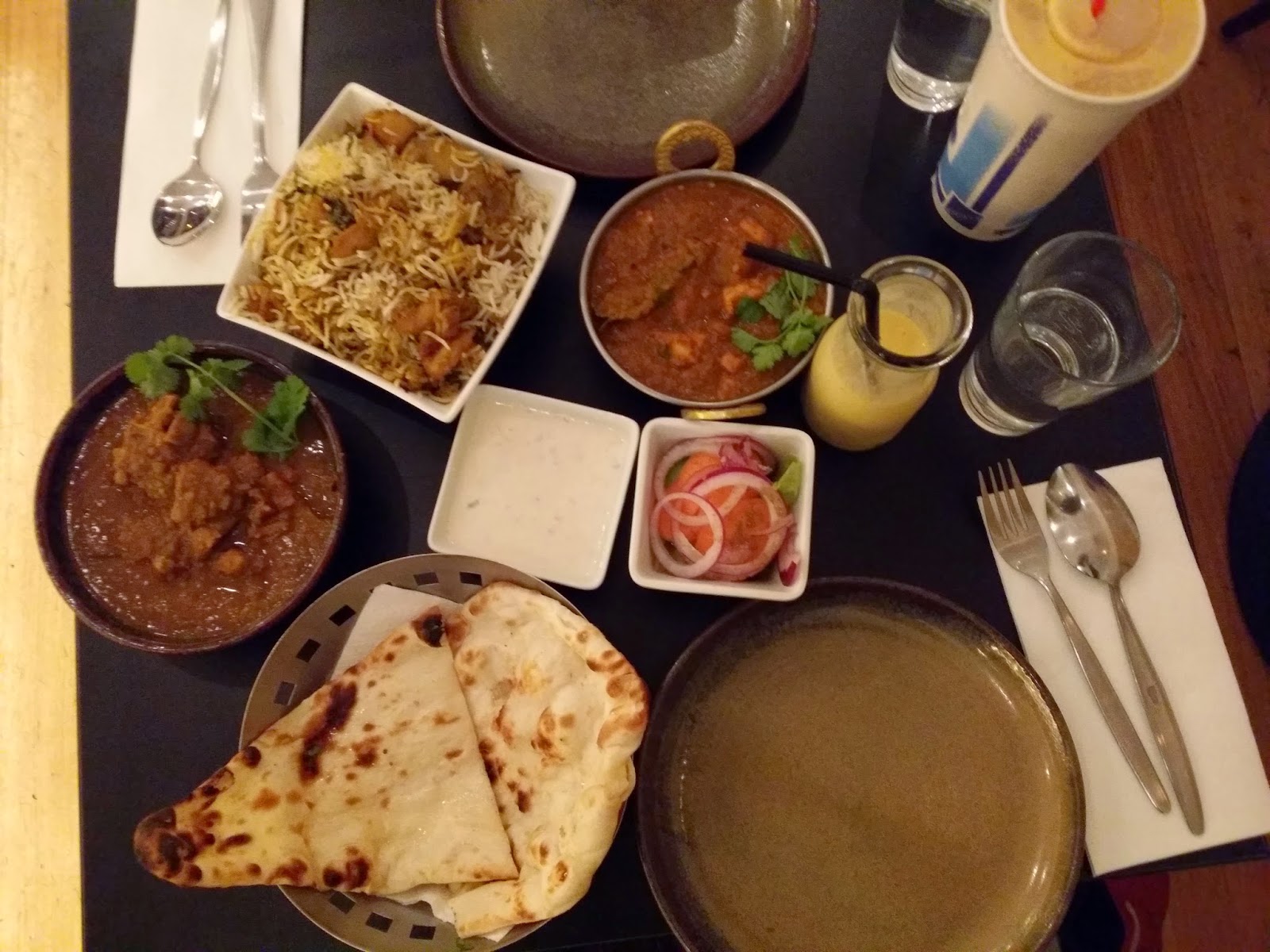 Would I come back to Red Pepper? For sure! However, next time I would try to get the basic dishes like butter chicken, chicken tikka masala and so on. As I am not an expert in Indian food, but sometime if compare the simple dishes like these helps to judge Red Pepper better.

Before I forgot, I highly recommend to get the mango lassi. The lassi is amazing! Thick, creamy, strong mango flavours (and I am not even a mango lover). Overall, Red pepper provided me with the gracious experience!